In this travel piece about cigar lifestyle, we explore the wonderful nature of springtime Slovakia, where a piece of cigar history lies hidden in the foothills of the grand Tatra Mountain range.

A Hotel Hidden in Time: The Grand Hotel Stary Smokovec Located in Stary Smokovec (pronounced "Starry Smoke-oh-vets" - we thought you'd like that!), this gem of a hotel was once visited by cigar smoking hall-of-famer Fidel Castro. Behind the hotel is the stunning backdrop of the high Tatra mountains, which give an eery, misty, and alpine ambience to the the surroundings, which only serves to accentuate the coziness and warmth within the hotel walls. The Art Nouveau architecture of the building, especially the interior, is reminiscent of the hotel in The Grand Budapest Hotel film. And the best part is that during May and June, which are relatively low seasons, you'll feel like you have the hotel all to yourself. 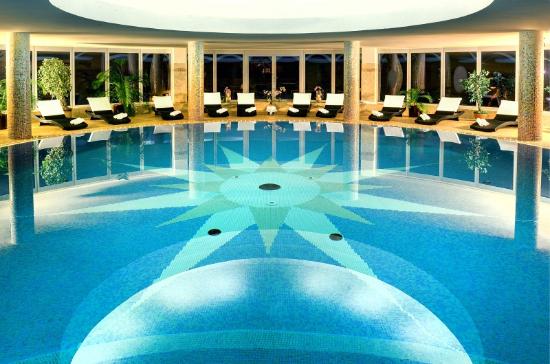 This photo of Grandhotel Stary Smokovec is courtesy of TripAdvisor

The hotel includes several lounges including the Castro Lounge, as well as a grand dining room where you'll have delicious breakfasts, lunches, and dinners. Best meal: the local dish known as Halusky, which is a creamy and cheesy dish of potato dumplings (resembling mini-gnocchis) topped with real *smoked* (need I put that in bold?) bacon cubes. Quaff it down with a glass of local wine. The Slovaks do a great Cabernet Sauvignon if you're in to reds and decent Gewurtzraminers if you are in to whites.

When you're done with a meal, it's time to relax by the warm and inviting indoor pool and enjoy the sauna, jacuzzi, and steambath facilities. Friendly staff are there to offer you drinks or book a massage appointment. Next up is a cuban rum in the castro lounge and of course, a stroll around the hotel grounds with a cigar, where you can take in the magestic vistas of the high tatra mountains. This photo of Grandhotel Stary Smokovec is courtesy of e-Slovensko.cz

In the winter, Stary Smokovec serves as a ski resort due to the abundance of snow and slopes. This article isn't about winter at the Grand Hotel - it's about the temperamental spring, which is still quite chilly, and can often lead to downpours and storms. All part of the cozy ambiance, and what makes the hotel more attractive with less of a crowd. Directly in front of the hotel is a picturesque alpine church, followed by a visitor center in the back, where cable cars will take you to a base camp in the middle of the mountain. From there, a short hike will take you to a log cabin pub and Inn located next to some waterfalls. Be sure to try the local beer here, Zlaty Bazant, while you take in the scenery. There are plenty of trails and routes to explore of differing difficulty, and when the legs get stiff, it's time to head back to the hotel, eat a hearty bowl of halusky, enjoy a mug of beer, and hit the jacuzzi. Stary Smokovec's remoteness (to anglophone countries at least) is part of its charm. In late spring, due to the weather, there's fewer tourists, and more nature and hotel to yourself. That's why we will never divulge its exact location to keep the numbers down. Fortunately, you can google the address - and the best way to get there is to rent a car after flying in to Slovakia's capital, Bratislava. It sounds complicated but the more than affordable rates and cost of living in Slovakia makes for an altogether reasonably priced luxury vacation.

Take the opportunity to enjoy some Cuban rum while you're in a once-soviet country, and enjoy the opportunity to walk in Fidel's footsteps. Legend has it, he challenged some of the hotel staff to a ping pong match, as well as went on a hunting trip in the surrounding mountains. It would be a great idea to bring your own sticks, as cigars are not sold at the hotel. So, bring your stash of Alphas and other great boutique cigars to cover all your bases!